Reflecting on SciPy 2019: My first SciPy, definitely not my last¶

It’s been a week since SciPy 2019 conference came to a close. I had the pleasure of speaking at SciPy 2019 about interactive supercomputing with Dask and Jupyter. I am so thankful for the chance to speak in the Earth, Ocean, Geo and Atmospheric Science track! Here’s a recording of my talk:

As I look back at my first SciPy, I can say that it was the most productive conference that I’ve been to so far. So, I wanted to take this opportunity to summarize my key takeaways.

1. The Awesomeness of SciPy Community¶

The biggest highlight of SciPy for me was the community. What an authentic, super-talented, enthusiastic and welcoming community! I met and interacted with a lot of amazing people that I only knew via Github prior the conference :). The community is really what makes SciPy such a special conference.

Because so much of the work in OSS is tracked on public platforms, it is easy to forget about the work that takes place outside of them.

This quote by Stuart really hit home. For the last few months, I’ve become a core maintainer of a few projects, and one of the things I’ve learned so far as a user, a contributor to, and core maintainer of an open source project is that it’s really important to recognize that the github repository does not fully represent a project. There’s quite a lot of crucial, untracked work that goes on in the background such as: 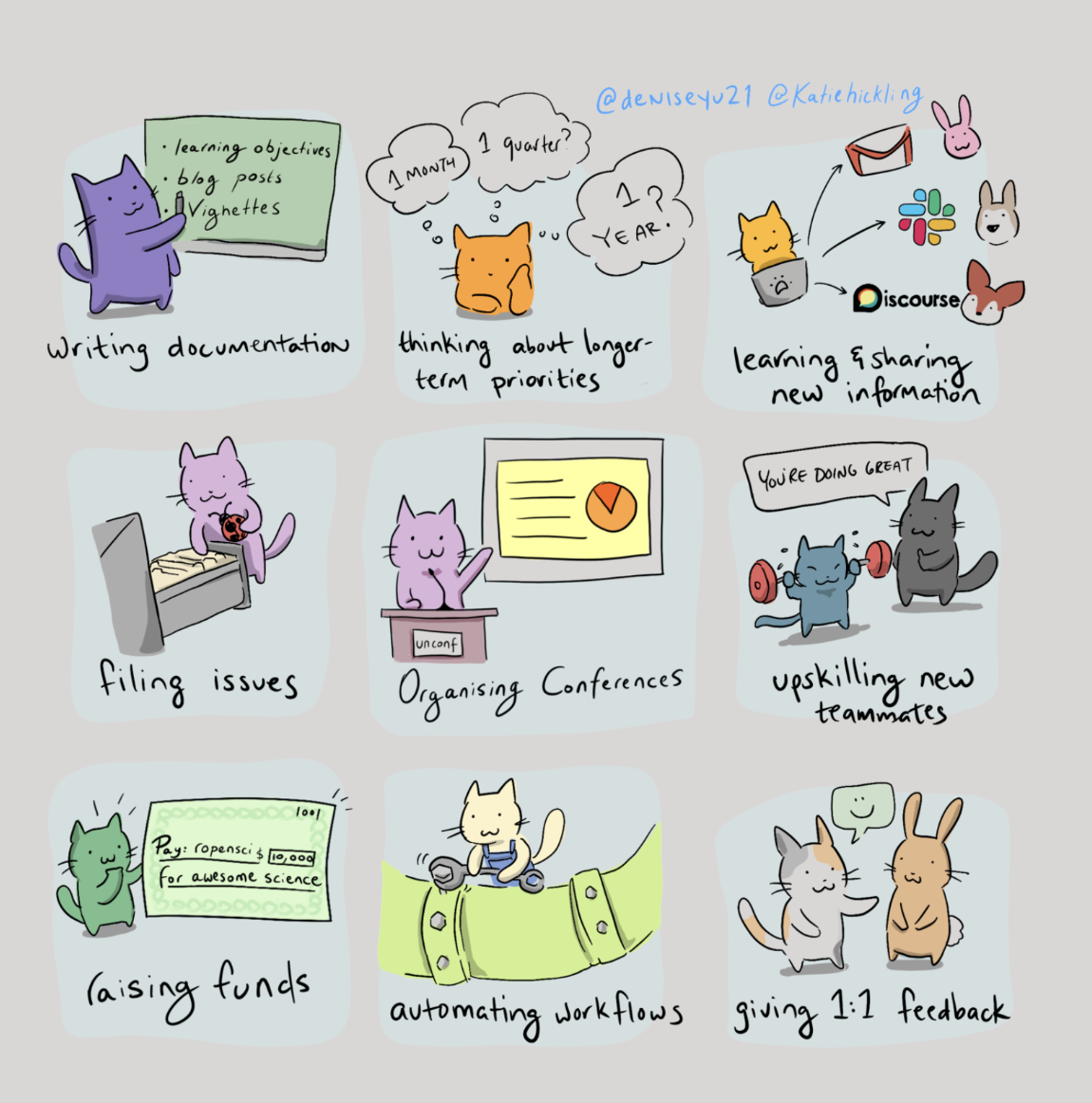 You can watch the full key note here:

3. Tell People When You Appreciate Their Work¶

Another key lessons I learned is from Carol Willing’s keynote is that research shows that meeting someone who has befitted from your work can double your effort and triple your productivity: 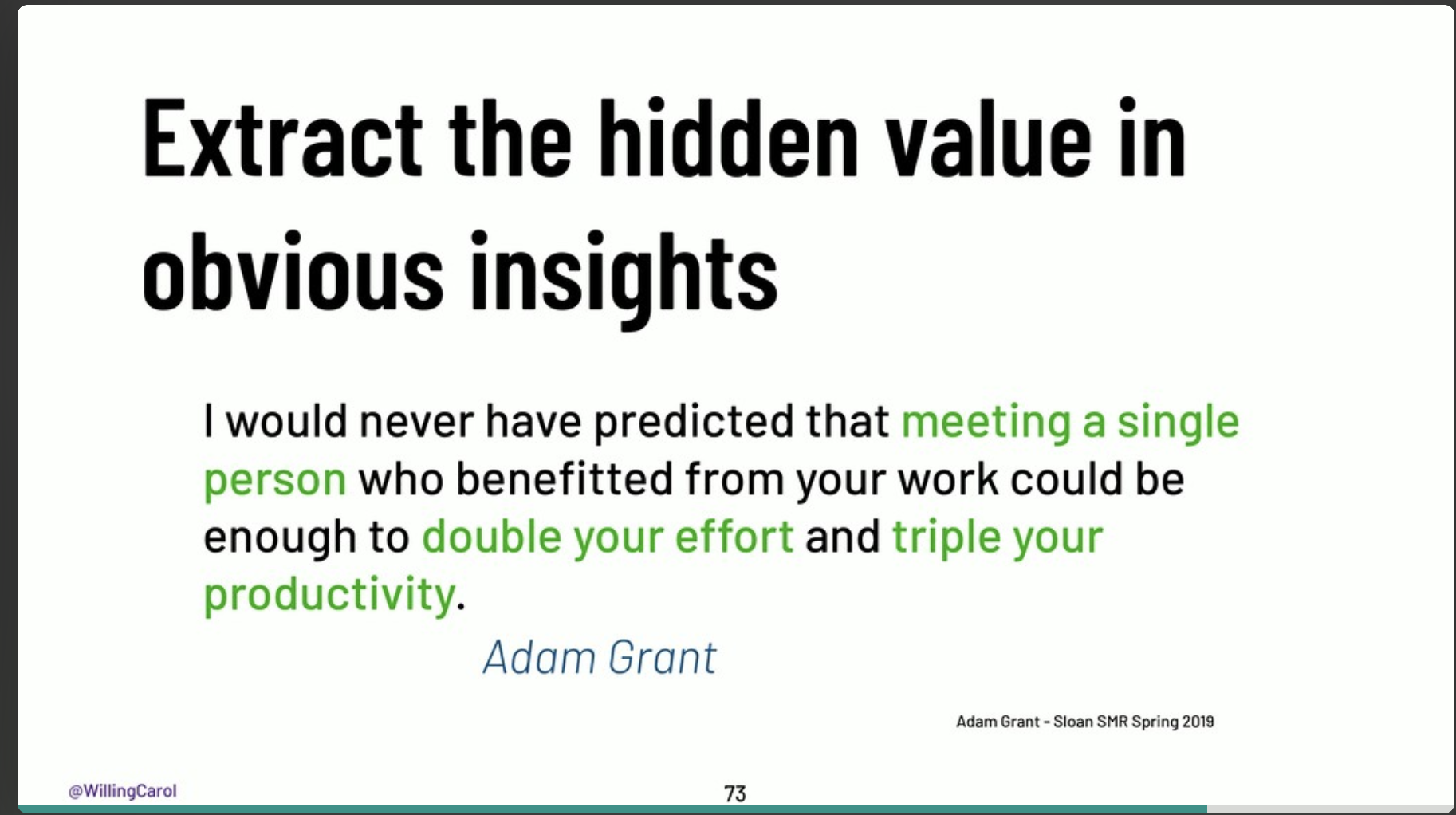 4. We Should Think About Open Source Standards¶

My takeaway from his talk is that

As software developers, we should try to follow already existing standards when we can, because standards level the playing field in so many ways:

One of my favorite SciPy 2019 talks is Martin and Maarten’s talk on Dashboarding with Jupyter Notebooks, Voilà and Widgets. It is really fun and full of cool stuffs.

I am looking forward to making my own widgets and dashboards! And exclaiming voilà! after I deploy them!

Stan’s talk on How to Accelerate an Existing Codebase with Numba is also among my favorites. The Key lesson from this talk is the following:

Be honest with yourself about where your project is in this hierarchy. If your program doesn’t run, there’s no point in making it faster.

Thank you so much to the SciPy Conference organizers for putting on a great conference.

A Knitting Weekend with Dash and Python